Hi, I’m Sophie Morgan and I’m a Marketing Manager in the Marcomms team and I've been at National Lottery operator, Camelot, for six years. I’ve been lucky enough to work across many exciting campaigns for The National Lottery and its games, but my career highlight is certainly leading our most recent Tokyo campaign.

Back when the planning began

After the success of Rio in 2016, the opportunity an Olympic/Paralympic year brings The National Lottery is not one to be missed, and so Tokyo was part of our business planning back in 2019. The campaign development kicked off later that year when we briefed our advertising agency and media buying agency to come up with the strategy and big idea for the Tokyo 2020 Olympic and Paralympic Games.

The campaign needed to let the nation know that by playing The National Lottery, they were supporting Olympians and Paralympians on their journey to Tokyo and beyond. We wanted to make people feel great about playing National Lottery games and the idea of ‘You play your part’ was born.

The start of the creative journey

With the ‘big idea’ agreed, we then moved into the creative development process to find the right way of bringing this to life across all of our different channels, as well as working with our media buying agency to plan out an ‘unmissable’ media strategy, which would ensure we’d cut through the Olympic/Paralympic buzz and be seen by as many people as possible.

I remember the day we first heard the script read out for the TV ad - about 15 of us crammed into our Chief Marketing Officer’s office (pre-Covid!), to hear the Creative Director present. These moments are always tense, full of high hopes and anticipation, to see whether the ideas presented are going to be able to deliver the mammoth task we set out. As the script was read out, there were big smiles and eruptions of laughter (in the right places) - my gut instinct immediately said ‘yes, yes, yes’ and we knew from that moment that this would be a very special ad.

Then... the pandemic struck

But, by this point it was March 2020 and as we were moving from script approval into the production phase, the Covid pandemic was taking hold and the world was starting to shut down around us. We kept moving forward (remotely!) until the inevitable happened and it was announced the Olympic and Paralympic Games would be postponed until 2021. Everything was put on hold.

Fast forward to January 2021 (still in lockdown) and it was time to get our Tokyo planning underway again. You know the strength of an idea when you can revisit it a year later and still have the same love for it as when you first heard it. Amazingly, the script that went into production had barely changed from when we first heard it.

Thinking differently to overcome the challenges

However, as we moved into production and the UK was still in lockdown, we faced considerable challenges in how to produce a TV ad that relied on a number of people and athletes being in the same place! And, of course, not forgetting that while we were focusing on delivering the campaign, our Partnerships Team were still going full force on navigating the challenges of organising two live Wembley Arena Homecoming events for the Team GB and ParalympicsGB athletes in the middle of pandemic… but that’s a whole other blog post!

However, we got there - and in April as restrictions began to ease, we were able to go ahead with filming. It was amazing to finally be out of the ‘home office’ and out on location, everyone was buzzing and so excited to be out and about again. I think you get a genuine sense of the joy and happiness coming through when you watch the TV ad.

Meeting the stars of our advert

We worked with seven incredible Olympic and Paralympic athletes on the shoot and this has to be one of the highlights of working on a campaign like this. What I love about working with athletes is firstly how humble/down to earth they are and, secondly, how genuinely passionate about The National Lottery they are and the work that we all do at Camelot. They know better than most how life-changing the National Lottery funding is and it showed by the fact that they were willing to take a day out of training, in the most important year of their lives, to come and spend it filming with us.

Developing an advertising plan for everyone

TV is only one component of a campaign, so in parallel we were also working on how we bring ‘You play your part’ to life across all of our channels by developing new radio, out of home (billboard) and digital executions, working with our Retail Team to deliver new point of sale and materials to help engage our retail partners - all the while working with our Customer Data and Digital Teams to ensure National Lottery players were seeing and feeling our Tokyo message at every point of the digital consumer journey.

The media strategy and channel selection ensured that we would reach as many people as possible, in the places that they would be. For example, TV was an absolute standout channel in ensuring we reached as many people as possible with our message. However, this was then backed up with real time proof as the medals came in - firstly, with the athletes themselves thanking National Lottery players live from Tokyo, as well as widespread editorial media coverage on the funding back stories behind athletes’ success.

However, for those who aren’t big TV watchers, we had a plan for them too. Throughout both the Olympics and Paralympics, we celebrated every gold medal, so that as medals were won our very own Camelot Creative Hub created new ads daily, celebrating each athlete and their gold medal. These were then published across billboards, radio and digital ads in social media feeds.

The sheer scale of this campaign has made this one of the greatest campaigns I've worked on and it’s only been possible through the hard work and dedication of so many teams coming together under a single vision.

We ran this project as one of our first ‘missions’ within marketing. From the start, we established very clear objectives, enabling us to define focused workstreams to deliver different elements of the campaign. Each workstream was managed by a squad lead who was empowered to make decisions to ensure we could move quickly. This was a new way of working for us, but people really stepped up into their new roles and went above and beyond the day job to deliver this. So despite being quite a large team, this structure enabled us to remain agile, solve problems quickly and be incredibly responsive to the Tokyo news agenda once the Games began.

The highlights of the marketing campaign

I’ve already covered so many! But apart from the above, working alongside such passionate and dedicated teams that have all gone above and beyond to make this happen means I couldn’t be prouder. Together, we produced amazing work on a huge scale and being able to see all our hard work out there in the world is incredible, especially knowing the impact it has.

Last, but not least, the Team GB and ParalympicsGB Homecoming events were remarkable. I might be biased, but I don’t think many other brands could pull off something quite as special as those events, made even more pertinent by the year we’ve all just had. They were the most amazing way to celebrate our Team GB and ParalympicsGB athletes' success, alongside top British acts and most importantly our players, who had made it all possible. 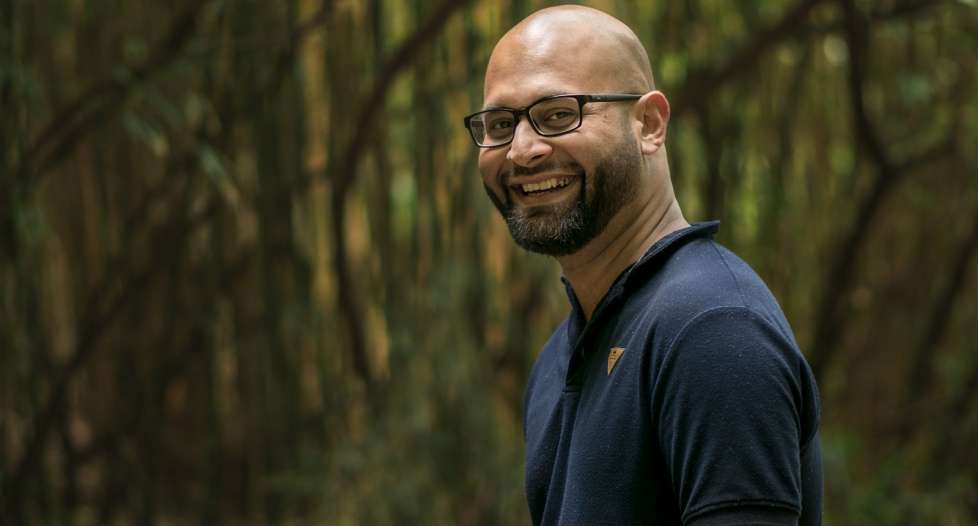 Ramadan - What it means to Muslims around the world Read more 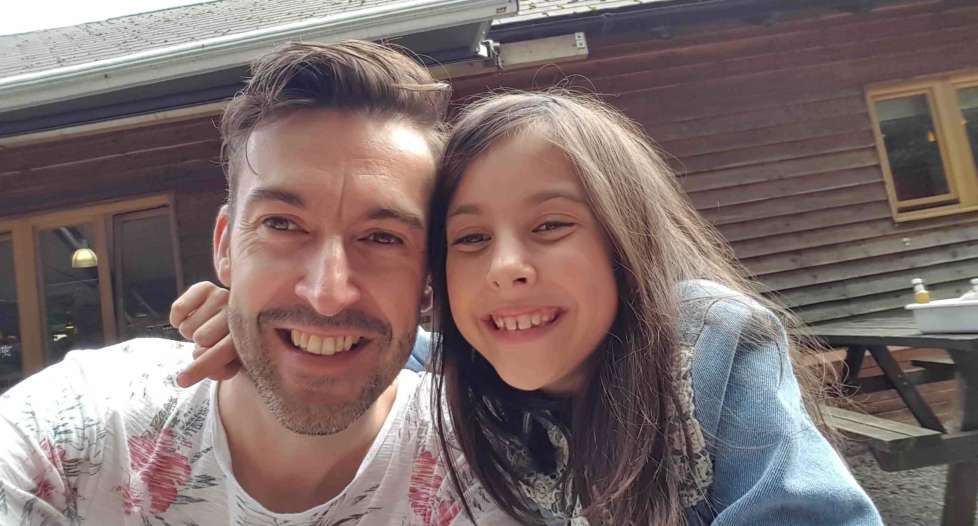 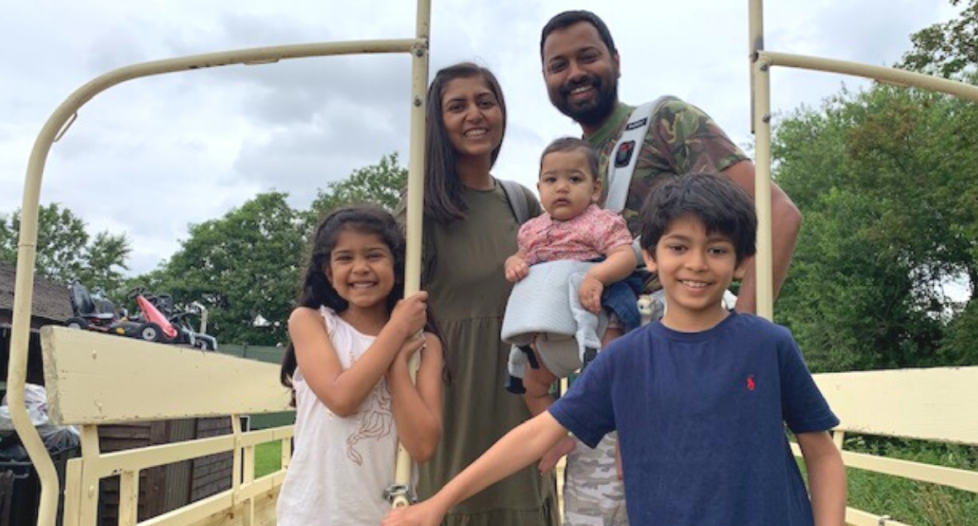 Everyone can be a supermum at Camelot! Read more